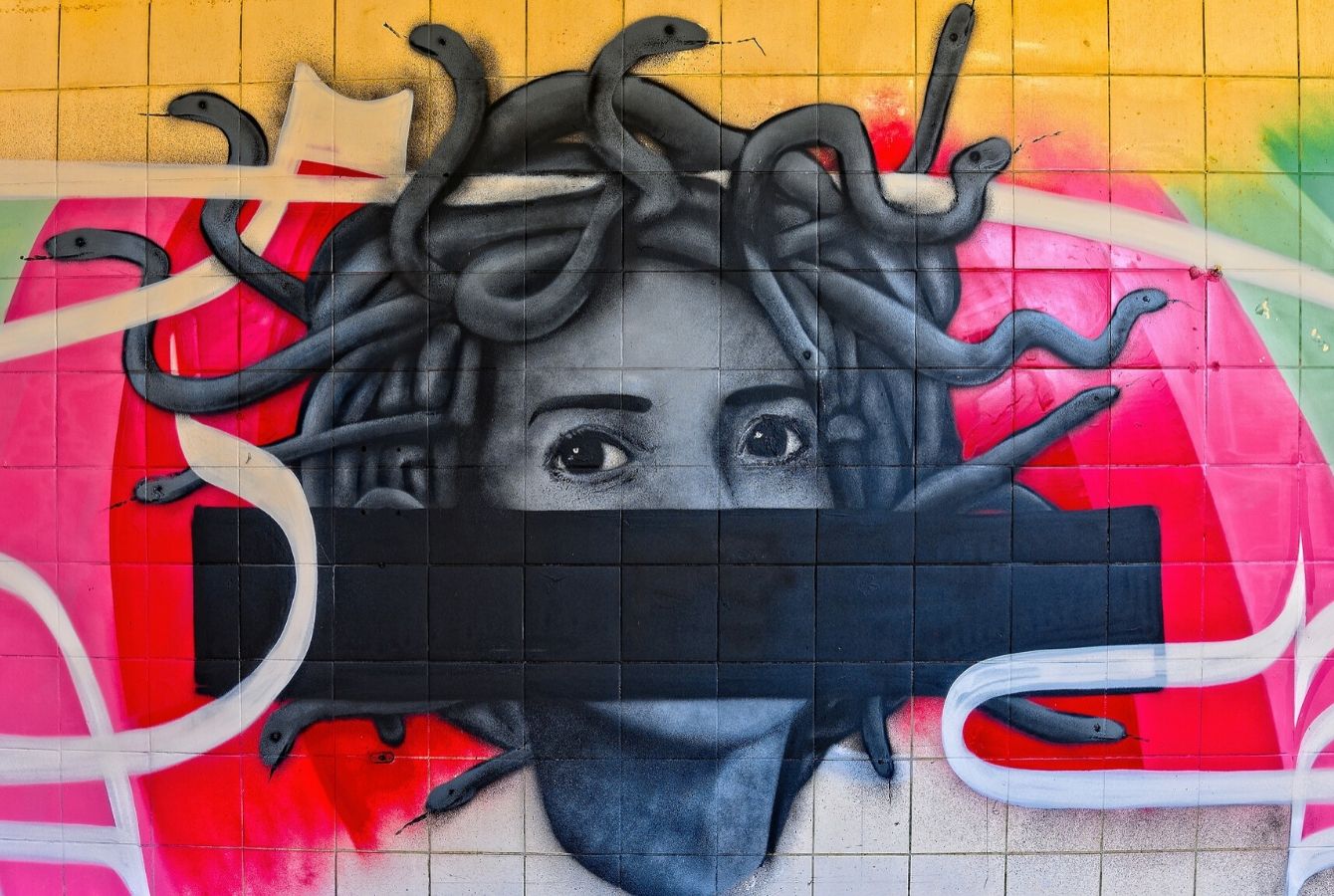 Stories are told through the lens of the time. Thousands of years ago people gathered in outdoor amphitheaters to listen to actors tell the stories of gods and when they mettled with humans. A couple of hundred of years ago, we’ve used painting and stained glass to depict stories. When we only had black and white in movies, we used shadows to depict evil and stir fear. At this time, I argue we use the lens of the True Crime genre to tell a lot of our narratives.

We meet the protagonist. We follow them through their life and learn about the events that either caused them to hurt someone else or watch as events happen to them. For us to leave the story with a sense of closure we want to see justice. But this isn’t how the ancient Greeks told stories. So, what would happen if we retold the story of Medusa in a modern way? Would it shape our understanding of the monster, whose head Perseus used to slay the Kraken?

True crime as a genre is suspicious of everyone, as often times people are victimized by others they are close to. On the whole, true crime feels sensational as we really tend to focus on the absolute worst crimes. As a Murderino (listener of My Favorite Murder podcast) my laptop is adorned with stickers saying “this is terrible, keep going,” and “stay out of the forest.” In 2009, Dr. Jean Murley spoke at CUNY Queensborough to promote her book, The Rise of True Crime and introduced an interesting concept. As someone who studied how true crime evolved, she explored how the stories of crime changes through every era; for instance, in the 1920s and 30s true crime magazines printed actual crime scene photos with hand-drawn covers used to grab a reader’s attention. In the 1950s, she notes the rise of the Fem Fatale where suddenly every woman is portrayed as a beautiful murderer, regardless of how they looked in real life.

Now? There are loads of podcasts. You can stream documentaries day and night on cold cases and serial killers. Except, since women comprise a bulk of the True Crime audience, we see less of the Fem Fatale tropes. What does all of True Crime have in common? They break down what was happening in the background. The elaborate on the entire picture. Suddenly we are involved in viewing the scene and unpacking how it happened and often what leads the killer to these crimes (spoiler: it’s often childhood head trauma).

Clash of the Titans 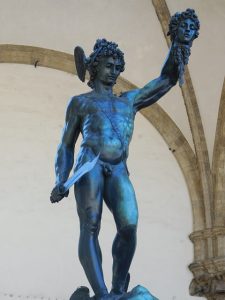 For giggles, I am using an “ancient source,” the 1981 movie, Clash of the Titans. While it isn’t how ancient Greeks would have consumed the story, it seems like if they had the ability to stage the entire movie within an amphitheater, they would have. When the movie was released in theaters, moviegoers watched in amazement as the protagonist, Perseus, is given this epic quest to defeat the Kraken, by first killing the monster, Medusa, and using her severed head against the titan. After all this action happens, Zeus forbids all of the other gods from seeking vengeance against Perseus for his heroic efforts.

Well, who would get angry at Perseus? The guy is a hero?! Right? Well… that’s half the story. I have my money on Athena wanting to order a hit on this demi-god, but I’ll get into that later on.

For this to really follow the true-crime format, we need to zip way back before Perseus turned into a monster hunter. Ovid, the Roman poet, penned Metamorphoses first records the myth of Medusa. She’s described as a beautiful maiden serving in Athena’s temple. During her normal duties, Poseidon rapes her. Now imagine how Athena feels. She’s the daughter of the high god, Zeus, after all. She’s livid with this violation of one of her acolytes in her house of worship, no less.

But this is a patriarchal society and Poseidon outranks Athena. So, she can’t really do much to the aggressor. But she can help Medusa. To safeguard her from future attacks she transforms Medusa’s beautiful hair into snakes and causes Medusa’s gaze to turn men to stone. Now, if men (or gods) were to attempt to look at her they would petrify, allowing her to peacefully move through the world. What’s interesting to note, there are no instances where Medusa’s gaze affects women. Athena wanted to ensure Medusa was able to live with others and experience the community.

Medusa as a Murder Narrative

So, now that we’re all caught up. Let’s set the scene. Medusa is going about her business living her life of mixed blessing. Her appearance doesn’t lend itself to allowing her to settle down and raise a family, but she’s more or less safe. Until Perseus, a demi-god and son of Zeus, is tasked to rid the world of the Kraken.

Perseus figures out Medusa’s head would turn this other monster to stone and sets out to 86 this poor figure. Using Athena’s shield he uses its reflective ability as a way to travel around her lair without needing to look directly at her before cutting off her head and then takes off to kill the crazy large squid-like creature in the ocean.

Then before Athena can strike back, the story ends with Zeus playing judge and pardoning Perseus for any crimes he might have committed. Yikes. While ancient audiences would have shrugged and said, “that’s the way of the world,” modern readers start throwing some major side-eye at Perseus wondering if there really was no other way to rid the sea of the Kraken’s scourge. Thinking of this, I can already hear the news cycles questioning Perseus’ acquittal. Others would call for Zeus to be disbarred. Monster activist groups would question why we couldn’t modify our trade routes to avoid the creature altogether.

Blame this post on my love of understanding the tale of the bad guy. Previously, I touched on how Maleficient embraces her darkness and how that lead her toward redemption. And the only way I feel we can truly unpack Medusa’s tale is to break it down and run into the rabbit hole, much like true crime writers do.

As a modern reader, I lack a lot of the context and societal influence the audiences of the time lived and breathed. As I break down the myths and consume them myself, I am left looking at them through the broken lens of my reality. Medusa’s mythology is no different. I identify with her story and after learning about more about her origins I wonder how future generations will portray her. In modern video games, she’s a monster in tombs and crypts. To Versace, she was the figurehead. But why does this creature live on in our imaginations? Are we excited by a wig of snakes? Does it thrill us to think like Midas’s touch was a curse, so Medusa’s gaze was too?

I’d love to hear the thoughts of the community. You challenge my assumptions and point out my blind spots. Does Medusa lend itself to being retold as true crime? Was she the victim? If she was, is it fair to cast Perseus as the attacker? If she is indeed the victim, does hearing the full story shift your perception? I recognize I am applying a lot of critical thought to a fictitious story. It hardly makes sense to riot over a myth, but if we are challenging assumptions in the name of creativity, doesn’t it make sense to see the value Medusa offers in the richness of the narrative?