The Immortality of the Phoenix in Stories 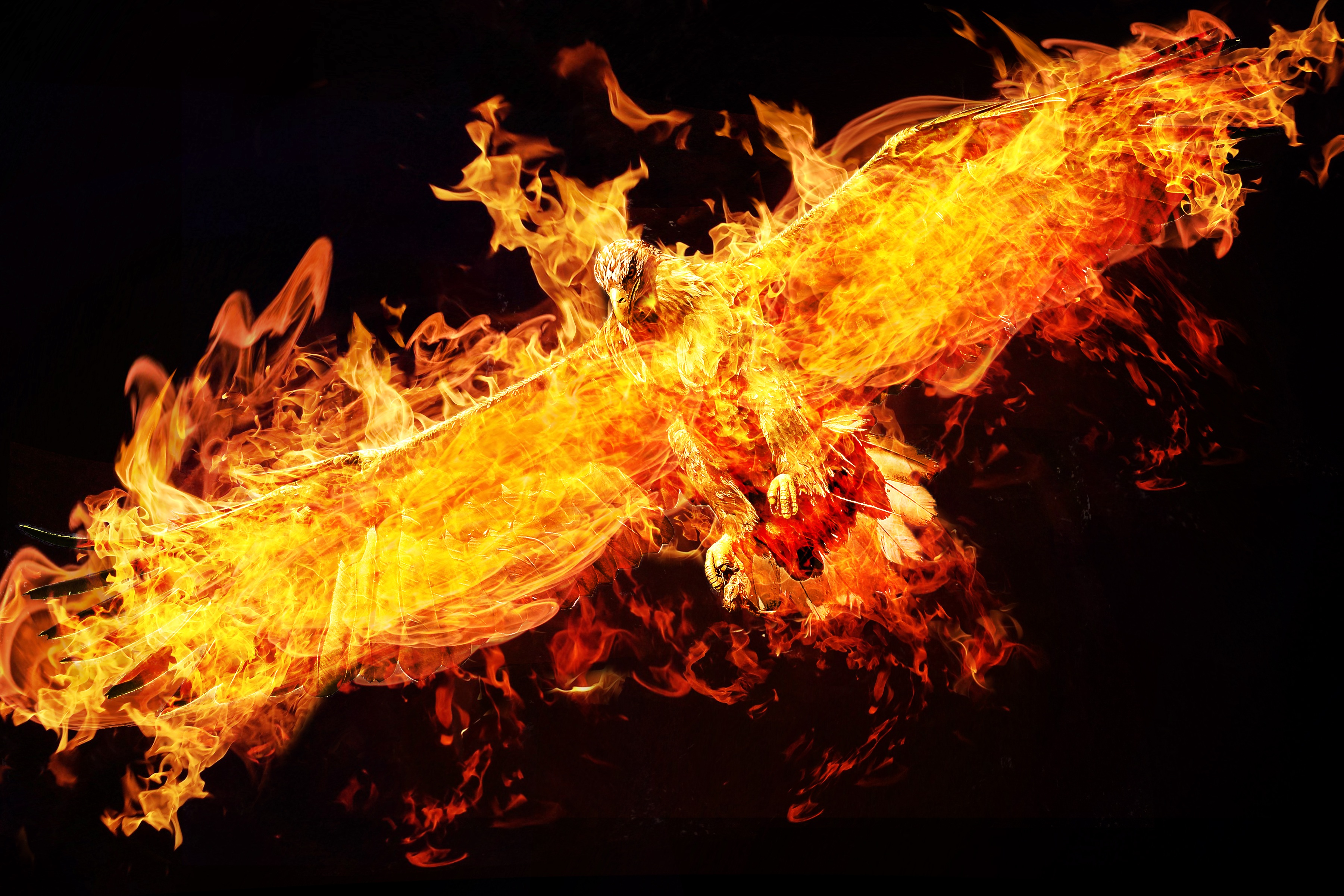 I’m sure in the few posts I’ve written it’s easy to see I am rooted in mythology and story. I can’t watch or read something and not search for connections to older narratives. We are all influenced by our past. Each of us carries the stories of our families, communities, and cultures. Zooming out on that, interesting patterns and textures occur. Humans, with our short life spans, are fascinated with immortality.

Throughout history and spanning cultures, the myth of the phoenix has captivated audiences. Pop culture continuously reaches out to the resurrecting power of this fiery bird. Pokemon, X-Men, and Harry Potter pay homage. Ancient cultures shared this story treasuring different aspects.

Origins of the Phoenix

The phoenix’s birth seems to originate in Egypt and is linked to the worship of the god of the sun. Digging through Wikipedia articles, it appears that while the bird might have first surfaced in Egypt, the Greeks developed their version of the bird’s story and the stories influenced each other. That concept fascinates me — the idea of two cultures collaborating on a myth.

Just when you thought it seemed pretty localized — China. Yup. Eastern Asia rolls up the sleeves of their robes and flesh out the phoenix, offering it a variety of names depending on the year and nation.

In Chinese history this creature starts appearing 8000 years ago, predating Herodotus’writing explaining the animal to the Greeks. The immortal bird made a flame standardly depicted the opposite of a dragon, maintaining a yin-yang quality. When the yin-yang analogy is applied it paints the dragon as a masculine force and the phoenix as the feminine. When applied to royalty, the empress has ascribed the qualities of the phoenix, whereas the emperor is given the dragon.

When seen is supposed to represent world peace.

The largest shock coming from researching this myth was learning how even monotheistic belief systems approached the immortal bird with reverence.

In the July 1, 1996 publication of the Harvard Theological Review, M. R. Niehoff presents the use of phoenix in rabbinic and Christian literature. It appears the Egyptian myth provided both Jewish and Christian writers devices to express values.

Rabbis introduced the birds to well-known stories, placing the phoenix in both the Garden of Eden and Noah’s Ark with two different concepts for how the phoenix becomes immortal.

In Noah’s Ark version, the bird sees Noah slaving away attempting to feed the animals. Seeing him working, the bird opts not to eat, trying to not be a burden, when Noah learns this – he asks God to bless the bird with immortality.

Another narrative places the phoenix within the Garden of Eden. When Eve eats the apple and then leads Adam to also eat, this version depicts Eve enticing the animals to also partake – with the phoenix turning down the fruit.

Pope Clement I (commissioned by Saint Peter) retells the story of the myth. Undeterred by the pagan reference it is presented merely as a foreign story his audience was familiar enough with. For Clement, the phoenix is powerful at expressing resurrection.

Why does this all matter? Looking at how the ancient world was obsessed with the phoenix, it’s no wonder we still are. Starting in Egypt, spreading the flames of its mythology it moved into Greece, where both cultures shared and influenced varying aspects of the creatures nature. Defying my plebian understanding, what seems like the same animal pops up in ancient China (well before appearing in the Western world) later spreading to nearby Japan. Each ancient culture agrees with the bird’s connection to the sun.

The phoenix shows us we are capable to rise out of the ashes. We can recreate ourselves and start over. We can grow. We are powerful.