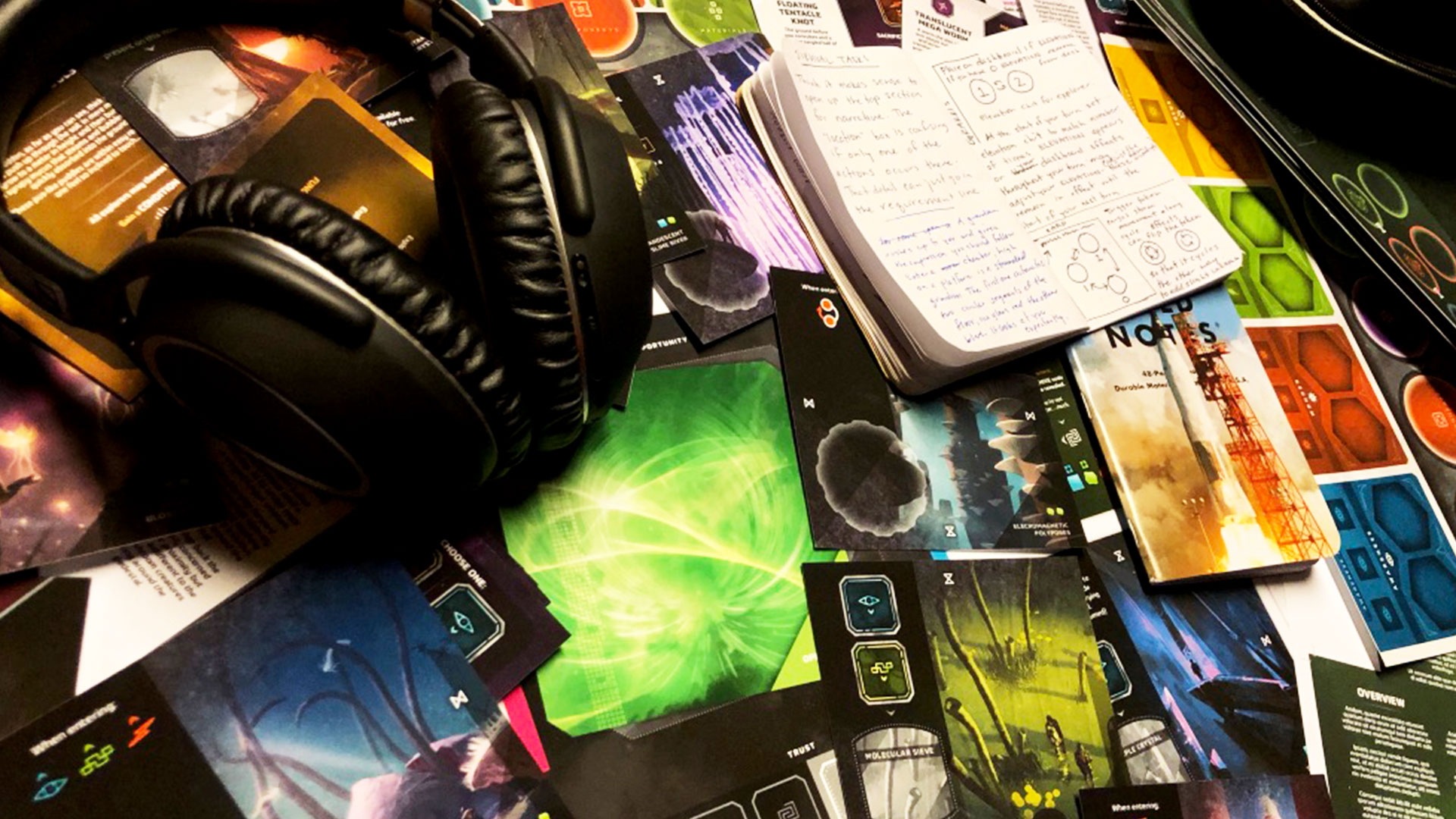 The first part of this reflection (focusing more specifically on the Unsettled campaign) can be read HERE. It is not required reading for this article, which takes a broader view of crowdfunding in the board game space from a creator perspective.

Strategies and trends come and go on Kickstarter. There are many best-practice discussions to be found, and about as many opinions as there are mouths.

What, though, are all these strategies trying but failing to accomplish? What is the broader underpinning to the whole system that the meta is attempting to address?

If I was a creator considering using Kickstarter for the first time, this is what I would want to be told: Kickstarter is intended for early adopters, but that’s not primarily who’s using it.

Kickstarter is an early adoption platform.

The prominent role it has taken in the board game landscape has pressed many people who are not early adopters into an activity that is (subconsciously) outside their comfort zone.

Many Kickstarter strategies circle this reality without discussing it directly. Let’s get direct: to increase your odds of crowdfunding success, do things that make the majority feel comfortable acting as early adopters.

…are willing to go in on brand new products before they have been perfected or proved or before the price has come down. They want to be revolutionaries and will take risks to set themselves qualitatively apart.

…are deliberate, calculating, and typically won’t buy something until it has been tried and proven. Risk is a negative word in their vocabulary, and they aren’t as interested in being revolutionary.

He is referring to businesses, but the concepts apply to crowdfunding backers as well.

Committing funds to a project that is yet to be produced falls directly in the realm of early adoption, but seeing more and more Kickstarter games on year-end “Best Of” lists compels the majority to engage anyway. But it’s not a good fit.

Most of this is somewhat subconscious. Many would likely reject this premise, but then end up making a case for it. In most cases I’m one of these people. “I’m not part of the majority,” I’d probably say, “I’m willing to take calculated risks. But companies have a responsibility to…” and then I would list things that the majority look for to feel comfortable before pledging.

Part of this stems from a stigma with the word “majority.” Most of us don’t want to think of ourselves as part of the masses. But there is no right/wrong end of this spectrum. We all fall where we fall and have our reasons for feeling smart in the position we hold.

All that aside, the reality of the situation is that much of the board game community sees enough of their hobby taking place on crowdfunding platforms that they feel the need to engage in that space. As creators, we have the opportunity (some might say responsibility) to acknowledge this and speak to that segment of the community.

Building Campaigns With Everyone In Mind

We all (as creators and as a community of backers) must acknowledge that the platform will always be a poor fit for some people. To the majority, there will always be the sense there’s one more element of the presentation missing. One more thing the creator hasn’t done, a critical box they haven’t ticked. And it will always feel that way because the platform simply isn’t a good fit for them. That uncertainty will always remain.

But just because the platform isn’t an ideal fit for some people doesn’t mean they don’t have a place there. Take steps to make them as comfortable as possible so they can engage with the community they are such an essential part of.

As a creator, the takeaway from all this is not to disregard requests and criticisms. Many of these are valid. Do everything in your power to honor this part of the community, listening to feedback, and learning how to respect them better. The extent to which you do this will define your campaign.

But also understand that no matter what you do, it won’t be enough. Let that understanding drive you, inspire you to greater things, but do not let it destroy you – because it will try.

There’s an opportunity to build strategies around understanding the lay of the land in these terms. Here’s some practical advice for creators:

1. Bring your project into the public consciousness enough that by the time it hits Kickstarter, it feels like a known quantity.

Talk about it. Everywhere.

Twitter and IG have lively board game communities, and if you aren’t involved in the many board game groups on Facebook, you are missing a massively active segment of the audience.

Be all over Board Game Geek. Take your game to conventions. Send prototypes to content creators and partner with those creators to support their channels (they work their butts off to bolster your dreams – have their back).

What you’re sharing doesn’t have to be profound, deep, or involved. Just enough that when people scroll past an image of your project or see it referenced somewhere, it’s not the first they’ve heard of it, and another tally of familiarity gets marked somewhere in the recesses of their mind.

The reason reprint (and expansion) campaigns often do so well is there’s a sense that the project is known, vetted, and safe. You can create a similar perception by putting your project in front of people for months in advance.

It’s not just about hype and anticipation. It’s about familiarity and comfort. Hype invites the day one crowd; comfort draws in everyone who comes after.

An example of this in action is Skybound’s Tidal Blades. By the time that campaign launched, that game had been part of the public discourse for six months and felt like a well-known property. The art style, wordmark, and world of that game were almost old friends, right alongside all the titles we’d spent the past year playing. It felt dependable.

2. Make your brand and community a safe place.

If the community is comfortable with you, they will be more comfortable with your campaign. Your image can make up for your project being an unknown. You can be the safe-bet element that gives people a sense of stability when they support the project.

Would either Unsettled or, say, The Great Wall, have gone for over a million dollars if they were first-time games from first-time publishers? I suggest they would not have. They did so because people have come to trust Orange Nebula and Awaken Realms through community building and promises kept. Other elements would have likely still driven those campaigns to success, but not to the degrees they reached.

Earn that. Make it a priority. Believe that your community is the most essential component of what you are doing. Any company overlooking the importance of this is setting themselves up for disappointment.

3. Do all the “best practice” things you can. Most of them address this very issue without really knowing it.

Have a how-to-play video and a third-party preview. Post the rulebook. Have content where the creators talk about the passion and thought behind the project. Have written content for people who prefer it. Don’t skimp on the graphic design of your page – present with class, poise, confidence – it builds a sense of security.

Give as much as you possibly can so that whatever people are looking for, wherever they are looking, you are meeting them there with informational content that alleviates their sense of uncertainty and puts their feet on solid ground.

Remember, all the “hype” building stuff excites the early adopter crowd. The majority are unfazed by it. If hype is all you have, you don’t have anything.

4. Avoid strategies that cater explicitly to early adopters and trigger the majority into discomfort.

Early birds, exclusives, all of this – just stop. Don’t let the early adoption nature of the platform blind you to the fact that most the backers aren’t early adopters.

Even if these tactics do successfully pressure people into supporting the project — think about that experience. How good does it feel to be dragooned into something? It’s an uncomfortable feeling that breeds resentment, distaste, and ultimately – distrust. Those feelings are often subconscious, but they are there – a sense of remorse at having given in.

Instead, invite people in with excitement and engagement and by removing as much uncertainty as possible. Make them a part of the experience in a fun and fulfilling way. Spoiler: it’s more fulfilling for you as the creator too. I understand the pressure to pump up your numbers in the opening days. But find ways to do it without tactics you know go against the comfort level of a majority of the community.

None of the above advice is new, but understanding why those strategies are successful at taking care of the community helps you implement them more effectively.

For our part, we have committed to allowing (encouraging really) our heart and mission to overrule whatever may be considered the smartest business tactic of the day. We will take a loss if that what’s required to maintain our soul and honor the Orange Nebula / Outpost community. Everyone on this team feels called to be here, and the purpose for us is more significant than business success.

Thankfully, we’ve found that the best strategies for crowdfunding comport well with that heart, further convicting us that this is where we’re supposed to be, imagining meaningful and wondrous things with this community.

Get Out There, Make What Only You Can Make

Thanks for spending a few minutes with us. If you’re new to the Orange Nebula community we encourage you to dive in. Join the Outpost on Facebook and keep hanging out. Share your artistic endeavors, talk about the creations you’re enjoying and riff on gifs!

If you missed the first part of this Kickstarter retrospective you should check it out. It gets all mushy, which is kinda one of our things.

I wanted to title this article HOW TO SUCCEED AT KICKSTARTER BY TOTALLY TRYING but it was suggested to me that most people wouldn’t understand the reference. I leave it here for the two of you who do – because you deserve it.