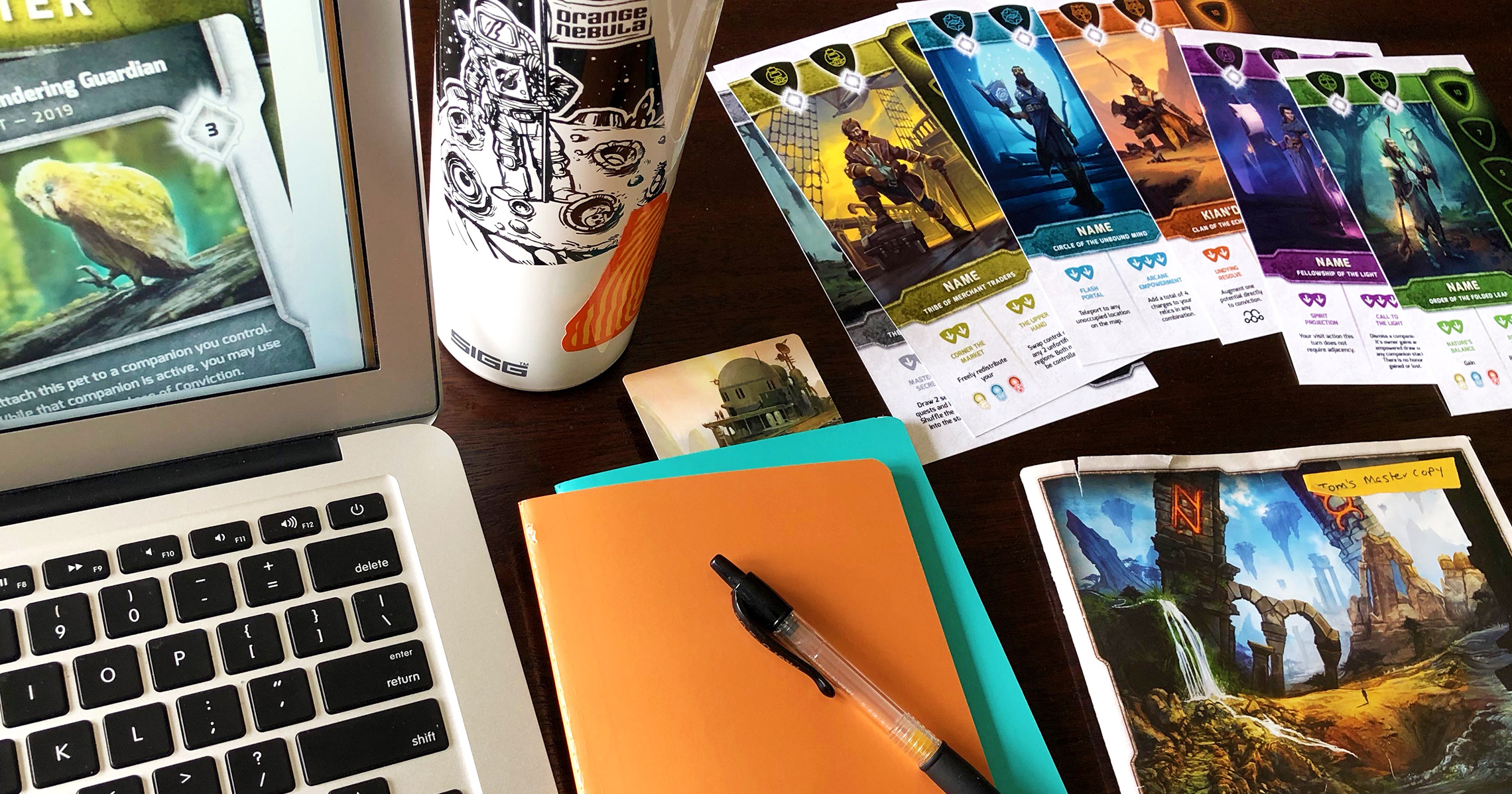 According to our delightfully overflowing inboxes, the board game community is deeply interested in behind-the-scenes glimpses and rationale for decisions made by publishers, even ones as small as ourselves.

Lately there has been particular interest in our stretch goal system (or rather, lack thereof) on the campaign for Vindication: Leaders & Alliances, and in the ways the community engaged with and was involved in the campaign.

There’s nothing satisfying about a campaign building itself toward finally feeling “worth it.”

We’re going to tackle this topic in several posts. This first will cover the background and thinking that led to this campaign’s eventual structure, follow-up posts will dig into how we feel it went, thoughts for the future, and some broader reflections on the state of the Kickstarter world in general.

What the heck are we talking about?

During this most recent campaign, instead of traditional stretch goals, we created a series of community involved activities. Whether or not this is awesome, we’ll get into later. Here’s how we presented them at the start of the campaign:

The Journey system is a series of community-led quests to create, unlock, discover, or reveal new content for the game through polls, conversation, funding, creativity, and sharing.

Think of these as a bit of a choose-your-own-adventure, mad-lib, role-playing kind of experience. Some Journeys will be really straightforward, others may take more complicated winding roads.

Each Journey was made up of a unique multi-step series of activities, puzzles, and challenges. There were votes on which sketches to take to finalized art, opportunities to propose names and abilities for cards, roleplay-like narrative decision trees, moments when decisions from earlier Journeys influenced current options, poetry jams, scavenger hunts, the consistent re-emergence of a mysterious box no one seemed to want to open, and so on. All these things came together to make little narratives along the way and allowed the community oodles of opportunities to spill their personality all over the project.

These efforts primarily resulted in the creation of a unique set of promo cards but also added a few new region tiles and a solo mode. The tasks required community willingness to be creative and engaged in order to advance – the harder everyone pushed the more things they unlocked / created.

Why all this extra effort?

It’s very important to us that our campaigns really engage the community and give them things to do but we knew early on that traditional stretch goals (additional content added when the campaign reaches certain funding levels) weren’t going to be a good fit this time (or any time – more on that later). This was a campaign to reprint a game already well past fully-loaded and for an expansion that was right where we wanted it. We need to come up with something different.

Other campaigns have gone with a build the expansion through stretch goals route, but we’re not fans of that. If you’re asking people to commit money to an idea, they deserve to know that what they are getting is worth what they are paying. Additional content added during a campaign should feel like bonuses enabled and earned by the campaign’s success and community engagement. There’s nothing satisfying about a campaign building itself toward finally feeling “worth it.”

We considered but quickly dismissed just doing a small number of stretch goals, deciding it would be unsatisfying, even disappointing.

We have long felt that the board game Kickstarter world is a gigantic missed opportunity.

We looked at exposing the content as a series of reveals; starting the campaign with everything presented but blacked out – everyone would have enough of an impression of the value proposition to make an informed judgement, and then everything would be revealed through time and engagement to give the community something to follow. This is fine, but didn’t feel like enough.

Then D-Lock (Orange Nebula’s digital mastermind, trivia champion, corgi evangelist) suggested we invite the community to design a new promo pack, something that would provide new content and a chance to be engaged but nothing so big that it would be an overwhelming addition to an already loaded project. The rest of us: loved this idea, ran with it, were annoyed we didn’t think of it earlier.

Over the next week as we strategized, brainstormed, and argued our way through timelines and spreadsheets trying to discover the right structure for this activity it became clear that we weren’t going far enough. Everything we came up with either felt too repetitive, not as deep as we wanted, or so spread out that it wouldn’t be engaging enough.

What we all really wanted to do was something bigger, but we hadn’t yet given ourselves permission to do it on this project.

We have long felt that the board game Kickstarter world is a gigantic missed opportunity. There is a captive audience of people who love to play games. Why aren’t these campaigns themselves structured as games? Why aren’t there scavenger huts, secret messages to decode, riddles to solve? Campaigns should be a month long social activity. To have a Kickstarter campaign reduced to a bunch of people flomped in a pile, drooling over the free stuff being thrown at their feet, simply because more people joined the pile, seems like such a waste and an ultimately unsatisfying experience for the community and the creators. Kickstarter is a space to invite people into your passion and creation – why not invite them to contribute as well?

Those were our idealized visions for future projects. This time though, we were pressed for time. The critical reception for Vindication had meant we’d sold out quickly and needed a second printing before our time in the spotlight passed. The expansion was already developed and in the queue so we decided to move it forward and roll it into a suddenly-time-sensitive reprint.

With this truncated timeline we’d been conservative about how much we could reasonably do in this campaign. Already we were doing 15+ hour days to quickly prepare for launch and the idea of a more elaborate campaign seemed like silly-talk. We needed to accept though, that we weren’t going to be satisfied with settling for less than we felt the community deserved, and that we needed to take a swing at something more interesting. We wouldn’t fully achieve all our grand visions, but anything that has even the slightest chance of inspiring people or providing them a more fulfilling experience is worth trying.

How did it go? What would we do differently next time? What did we learn?

Check back next week (and the week after) for parts 2 and 3 of this topic where we dive into:

Don’t let us do all the stuff-saying, you have stuff to say too. Visit the Outpost on Facebook and see what  charming things the community is up to today. 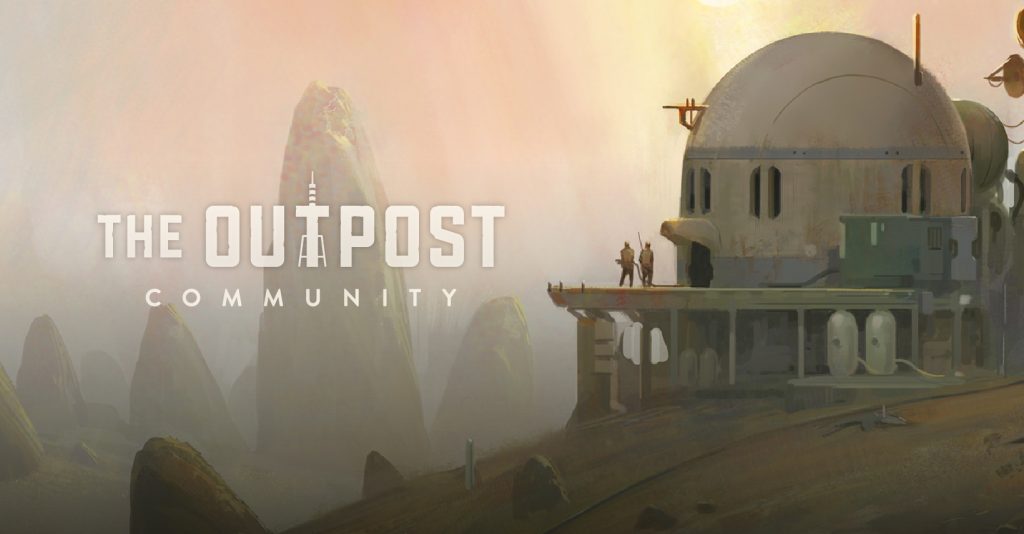