What You Can Learn by Following Creators on Kickstarter 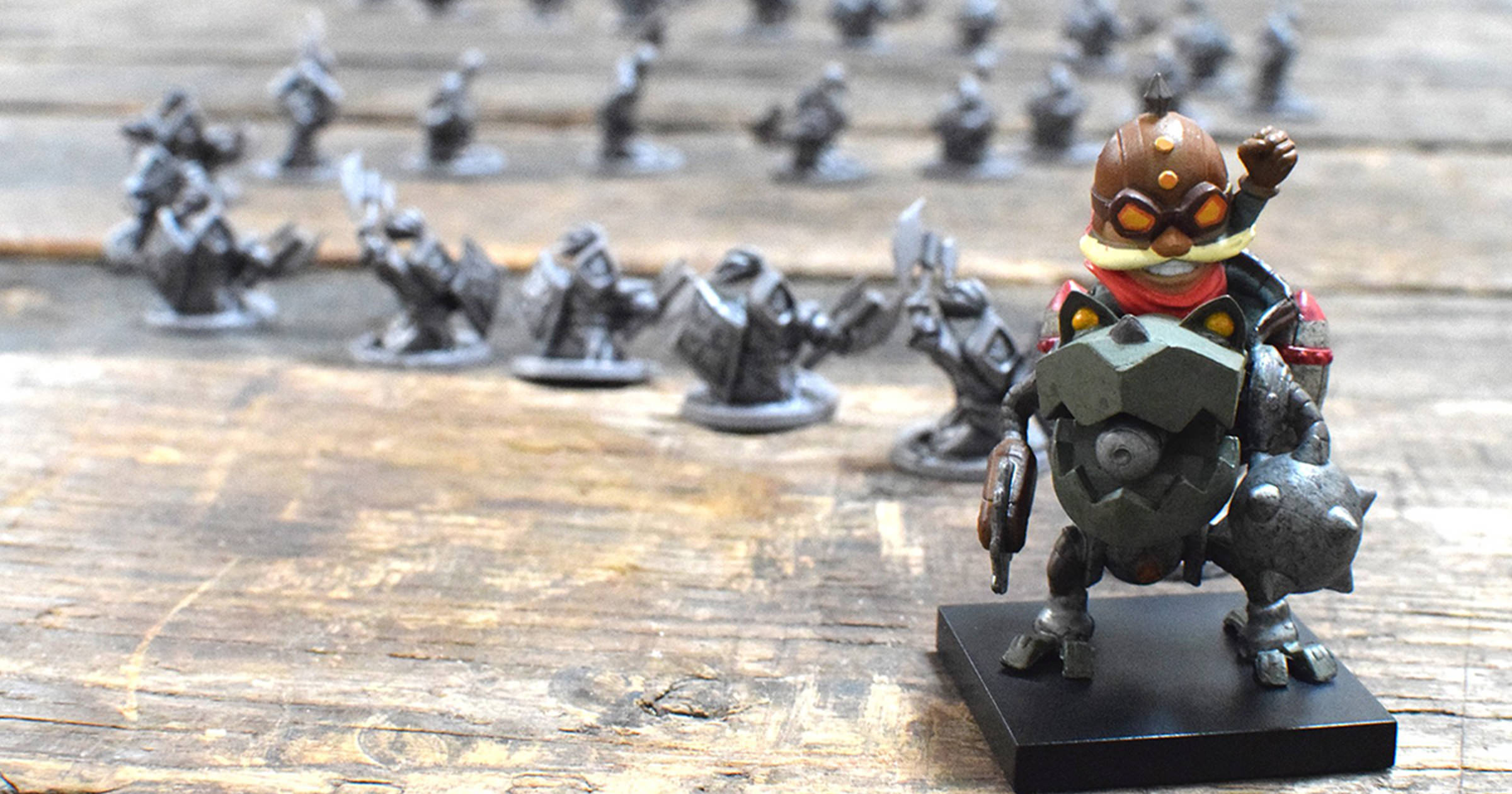 Oh – you don’t have a Kickstarter problem? Neither do we.

Lovely. Good talk. We should do this more.

Since you’re totally not an obsessive Kickstarter user you may not know that the crowdfunding platform has a function in which you can “follow” project creators, receiving notification whenever they pledge support to a project. It’s common practice to follow your favorite makers with the assumption that because you like the projects they create, surely, you will like the ones they support. The tendency then is to perceive those creators backing a project as a tacit endorsement, often taking something that otherwise may not have drawn your attention and filtering it through this new lens, leading you to believe the project must be decent or this favorite creator of yours wouldn’t have backed it. This helps alleviate the constant struggle to find something new to pledge toward every few minutes in the ongoing quest to ensure you never save enough money to retire, or go on vacation, or pay the bills, or feed yourself.

This is an imperfect understanding of how to interpret creators’ activities on Kickstarter. There are some fascinating things to take away from their behavior, but finding those things requires thinking about their relationship with the platform with a little more consideration, something which just happens to be our jam around here. Here we go!

Creators often back projects as market research and to track the crowdfunding meta.

The crowdfunding culture is constantly changing. Designers and publishers who use platforms like Kickstarter to bring their dreams into the world have a strong interest in keeping current on best-practice trends and prevailing attitudes. It’s important for them to experience what it’s like to be on the backer-side of many different types of campaigns and to watch how other creators manage their supporters, stretch goals, updates, controversy. It’s valuable to see how the community responds to the format and approach of other creators. It is not at all unusual for creators to back projects just to see what they can learn.

Takeaway: Creators who use Kickstarter to fund their own projects are invested in the culture of crowdfunding and often back projects because they are interested in the social, logistical, or customer care lessons they can absorb. It’s very possible the project your favorite creator just backed doesn’t actually interest them in the traditional sense and if they weren’t “studying” it, they wouldn’t have any interest in it whatsoever.

Creators may be interested in a project because of a similarity to something they’re working on.

If a designer has poured dozens, hundreds, thousands of hours into a project and then something hits Kickstarter that is notably similar, it’s pretty much a given they are going to be interested in it. This is partly just curiosity, but there’s also a degree to which designers want to make sure what they are working on distinguishes itself in the marketplace. If they’ve come up with an idea and someone else brings something very similar into the world before they do – generally it’s a smart move to go back and re-approach their work from a slightly different angle, regardless of how independently their version of the concept developed.

Takeaway: When a creator you enjoy backs a project, it’s possible there’s an element of it that is similar to something they’ve been working on and you may be getting a subtle sneaky little preview of something they have coming down the pipe.

Sometimes creators simply like supporting other creators. Occasionally this means they have a personal or professional relationship with them, other times it just means they respect that person’s body of work and want to show support for solid effort and craft. They may have never heard of a creator before the launch of a project, but the story and passion behind the project resonate because they know how much work is involved in bringing a vision to reality. It feels good to encourage and come alongside others.

Takeaway: Kickstarter isn’t only a community of backers, it is also a community of creators – people who recognize in each other the shared experience of late nights, of hours away from families, of passion poured out to bring something into the world. Seeing this can bring a very fulfilling additional layer to the Kickstarter experience.

Creators sometimes do back a project simply because they think it’s great.

Let’s not get so far carried away in thinking about things that we lose sight of the fact that sometimes things are just awesome, and people just have to have them.

Takeaway: The original instinct to follow a creator because you trust their discernment and want to be led to delightful projects you may otherwise have missed isn’t without merit. That’s totally a thing.

Creators sometimes back things because they’re freaking addicts and can’t stop themselves.

We’ve never had this problem but speaking for a friend – sometimes creators develop Kickstarter habits just the same as anyone else. It’s fairly easy to justify pledges as “market research,” or “supporting the community,” or “industry networking,” when in reality it’s a subconscious cry for help. If you see a creator your care about blanket-pledging everything that moves, consider sending them a message of support. Let them know they aren’t alone and that everything with be OK.

Following creators on Kickstarter can inspire you to think about your time on the platform differently. It can remind you to think of yourself as part of a social community and to consider the creator perspective in a more nuanced and textured way. For the creators you are following, Kickstarter is more than a place to get cool stuff, it’s a place where visions become reality and a where thousands of hours of work come to a head in make-or-break moments. Hopefully the more you dig into and consider the motivations of creators as they back other projects the more you will come to see just how much they are invested in their community and their craft, and how deeply they care about creating the types of experiences their supporters will find fun and fulfilling.

Kickstarter is a special place. Having the right mindset when you follow creators can make it more so.

Do you follow creators on Kickstarter? Has it led you to discover projects you otherwise would have missed?